The most exciting sci-fi Japanese series is basically an adaptation of the manga. Alice in Borderland is a survival storyline where characters in the series have to face critical situations and survive various games. It’s do-or-die for them because of a mistake and they can lose their lives at any time. Those games are so tough and unpredictable, you never know what could go wrong all of a sudden. There are many games where characters like Ryohei Arisu have to participate. Those games are unpredictable, and so are the characters in the series.

When Ryohei Arisu is not playing video games, He often hangs out with his childhood friends. Their childhood friends, Chota and Karube and Arisu likes to take a walk in Tokyo. They were so unconscious that everything is happening out there. There is traffic chaos so they hide in a public toilet.

Once they come out, what they see is the whole is so silent. Actually, they are now in a fantasy world where they have to play games to get into the real world. As Ryohei Arisu is so smart in games in the series Alice in Borderland, this is the perfect spot for him. He can solve puzzles so fast. But he also has to make tough decisions because, at some moments, there is one winner. After Arisu faces those critics to survive in the real world.

Games That Ryohei Arisu Is Forced to Play to Survive

This world is a post-apocalyptic version of Tokyo. There is no one at all from the outside world. It is called borderland. Where other games are timed. They have to sign into the games on their phones. After signing into the game successfully, the player must complete all levels. They can not leave or they will be terminated.

The first game Ryohei Arisu and his friends have to finish is called Dead or Alive. Basically, there are two same gates, one gate gives you death, and the other one gives you life. The worst thing, If They would open the wrong gate. All of them would die. They only have two minutes to open one of the gates or else if they do not decide which gate to open, they would be burned by heating flames. Arisu’s ability is enough for this puzzle, so they survive that game easily. The heart game hits the player’s emotions so hard and they have to make tough decisions. There are more games that they struggle through to survive, so Ryohei Arisu and his friends can get into the real world.

Will Alfie Return to Emily in Paris Season 4? 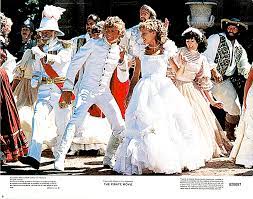 Pirates of the Caribbean – Part 2 – The Pirate Flag 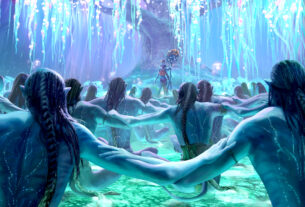