Emily is still in Paris, and she is not coming home anytime soon. It’s been a year since Lily collin’s Emily cooper shifted from Chicago to Paris for Making her dreams come true. She has lived through a whirlwind of life affairs and work dilemmas, and now she finds herself at a crucial crossroads in both aspects of her life.

Once in an interview creator and show-runner, Darren Star explained the theme of season 3 of the Emmy-nominated Netflix Series Emily In Paris. “It’s about the power of making choices and the consequences that follow”

Emily’s Life in France became so boring and now she has to make serious decisions about her future. Star is excited for the episodes to premiere, and Darren Star described how this season is unique in its own way.

Darren outlined how Emily’s adaptation to Paris and a new culture was the focus of season one. He stated that season two was about her stepping outside of her comfort zone. We will now watch as she deals with the consequences of her many life-altering choices.

Despite the fact that she is now dating Alfie, her love life has been a gorgeous disaster. She and Gabriel obviously still need to complete their business. They are no longer friends. And given that Gabriel and Camille are also attempting to maintain their relationship, this appears to be the proper choice.

‘Emily in Paris’ Latest Season Explained Who Is Pregnant.

Season 3 of Emily in Paris reveals that not everything is as it seems to Emily. After Gaberial and Camelille returned to their shared residence in the second season finale, Emily was forced to put on a brave face and deny her feelings for Gabriel. In order to explore a relationship with Alfie, Emily pushes her feelings for Gaberial away throughout the third season. Who, without being aware of Emily’s relationship with her attractive neighbor, accepted the position in Paris and made friends with Gaberial?

Meanwhile, Gabriel and Camille’s relationship is no rocky ground. He devotes himself to his restaurant, which he is finally getting to open in his image with Antoine taking a step back, as Camille secretly devotes herself to an artist, Sofia from her gallery

After Gaberial makes his pledge to Camille during the wedding, she doesn’t follow suit. Instead, Camille finally acknowledges the fact that Emily and Gabierisal have been in love ever since she came to Paris and would have been married if it weren’t for the plan her mother and she devised to get Emily to cut Gabierisal out of her life with a deceitful pinky oath. After canceling the ceremony, Camille storms out, yelling at her mother to stop trying to live through her. Unfortunately, Alfie is also around to watch the entire event and learns the truth that he was Emily’s second choice as he splits up with Emily and departs. And then, just as it.

Star is well-known for writing about complex women who love and work hard and viewers enjoy the escapism into the fantasy world he creates. He has renowned for bringing candace Bushell’s 1997 book ‘Sex and the city’ to life with the hit television series of the same name. Two films followed the Golden Globe and Emmy Award-Winning HBO comedy, which ran for six seasons (94 episodes) from 1998 to 2004.

Did Charlbi Dean Die Due to an Old-Decade Surgery? 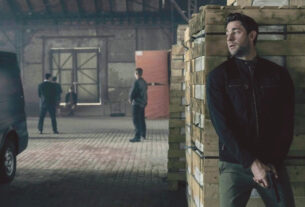